NASA’s strong preference is to keep astronauts aboard the station. But Todd said NASA does have procedures for operating the station without crew on board. “That’s something that we’re always prepared for,” he said. “I feel very confident that we could fly for a significant period of time.”

Source: On Thursday a rocket failed. Three humans remain on the ISS. What’s next? | Ars Technica

“Rocket Lab was founded on the principle of opening access to space to better understand our planet and improve life on it.

For the moment, all Esa has to work with is the relatively large volume of engineering data Schiaparelli managed to transmit back to the “mothership” that dropped it off at Mars – the Trace Gas Orbiter.

But officials here have tried to emphasise Schiaparelli’s role as a technology demonstrator – a project to give Europe the learning experience and the confidence to go ahead with the landing on Mars in 2021 of an ambitious six-wheeled rover.

The Ixion Team is a new addition to NASA’s NextSTEP effort, and will begin by conducting a comprehensive feasibility study evaluating the conversion of rocket upper stages into habitats. This innovative approach offers a pathway that is more affordable and involves less risk than fabricating modules on the ground and subsequently launching them into orbit.

Employees at SpaceX’s Hawthorne, California headquarters cheered emphatically as a bright orange speck blazed into view on video screens tracking the landing. Just before touchdown, the first stage deployed its landing legs and came into view against the darkened Cape Canaveral sky. The rocket settled onto the landing pad and the single center engine shut down, marking a giant leap forward in SpaceX’s quest for reusable rocketry. 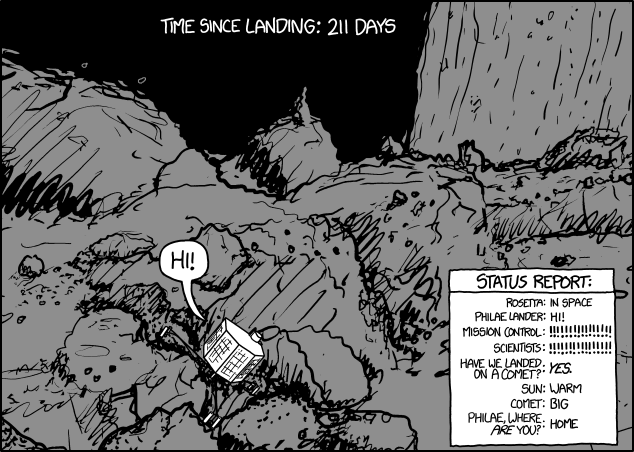 Lichtl says that people have tried to use wavelet compression before, and these particular simulations are based on work done by Jonathan Regele, a professor at the department of aerospace engineering at Iowa State University.

“The difference is that without GPU acceleration, and without the architecture and the techniques that we just described, it takes months on thousands of cores to run even the simplest of simulations. It is a very interesting approach but it doesn’t have industrial application without the hardware and the correct algorithms behind it. What the GPUs are doing here is enabling tremendous acceleration.

via Rockets Shake And Rattle, So SpaceX Rolls Homegrown CFD.

To be more precise, if you get the temperature wrong in the simulation by a little, you get the kinetic energy of the gas wrong by a lot because there is an exponential relationship there.  If you get the pressure or viscosity of the fluid wrong by a little bit, you will see different effects in the nozzle than will happen in the real motor.

Three House members—Mike Coffman (R-Colo.), Mo Brooks (R-Ala.), and Cory Gardner (R-Colo.)—have sent a memo to NASA demanding that the agency investigate what they call “an epidemic of anomalies” with SpaceX missions.

via Congress and SpaceX: Red tape ties up private space..

That’s why this whole thing looks to me to be a transparent attempt from members of our Congress to hinder a privately owned company that threatens their own interests.

This matches. The missile has three stages (like the old Saturn V rockets that took humans to the Moon), and what the astronauts saw may have been a fuel dump from the second stage or the last of the fuel leaking away after the booster phase was complete. In space, the cloud would expand more or less freely, moving rapidly as it traveled along with the booster in its path. In the photo, you can see a slight streaking to the cloud, most likely due to motion. 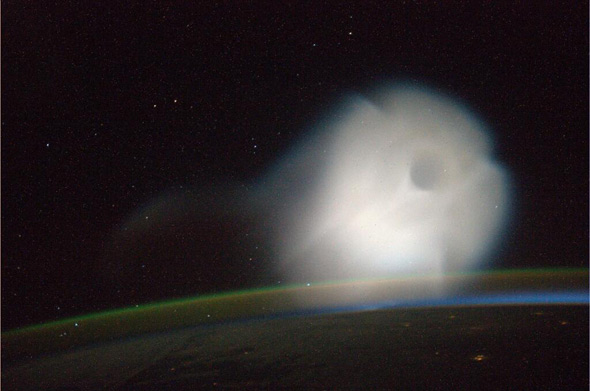 Japan has sent a rocket into space with a launch co-ordinated from two laptops in a control centre manned by a crew of just eight people.

A much smaller crew was involved, compared with the about 150 people needed when Japan has previously launched its mainstream H2-A rocket.