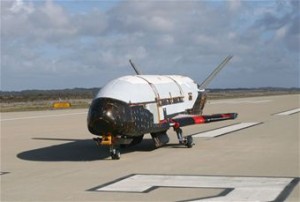 The X-37B Orbital Test Vehicle, one of two such vehicles, spent 469 days in orbit to conduct on-orbit experiments, primarily checkout of the vehicle itself.

via Air Force space vehicle comes in for a landing.